Google Earth provides access to its elevation data with a free Google Elevation API key. Civil Site Design takes advantage of this feature with its new Satellite to Surface functionality. This feature allows you to select an area and the distance between grid points.  It returns a contoured surface integrated with the Civil Site Design software and an aerial image.

I was curious about the accuracy of the data provided by Google.  There were two potential use cases I had in mind:

The satellite to surface feature generated surfaces for the two test areas in less than 10 minutes each.  The surfaces generated from the Google elevation data were amazingly accurate when compared to both LIDAR and survey data.

A comparison of the 5’ contours from the LIDAR (Green) and Google data (white) is presented below.

The results are very similar, however, the original LIDAR data were 8.5 feet too low when compared to the known lake level.  This adjustment was added to the LIDAR data before the LIDAR contours were created.

A detailed comparison of the surface data from the two data sources is presented below. The 1/2,  1/3 and 2/3 average heights are virtually identical. The weighted average height is 3 feet higher for the LIDAR data.  This is attributed to denser points in open areas compared to treed areas. The satellite data was generated on a consistent 20’ grid.

A visual inspection of the Satellite data below also compared very favorably to actual ground conditions.

In this particular case, a nod had to be given to the Google elevation in terms of raw accuracy and the general shape of the contours in relation to existing roads and house locations.

In the commercial subdivision example below the yellow contours were generated from the 20’ grid satellite data; red contours from the 100’ grid survey data. 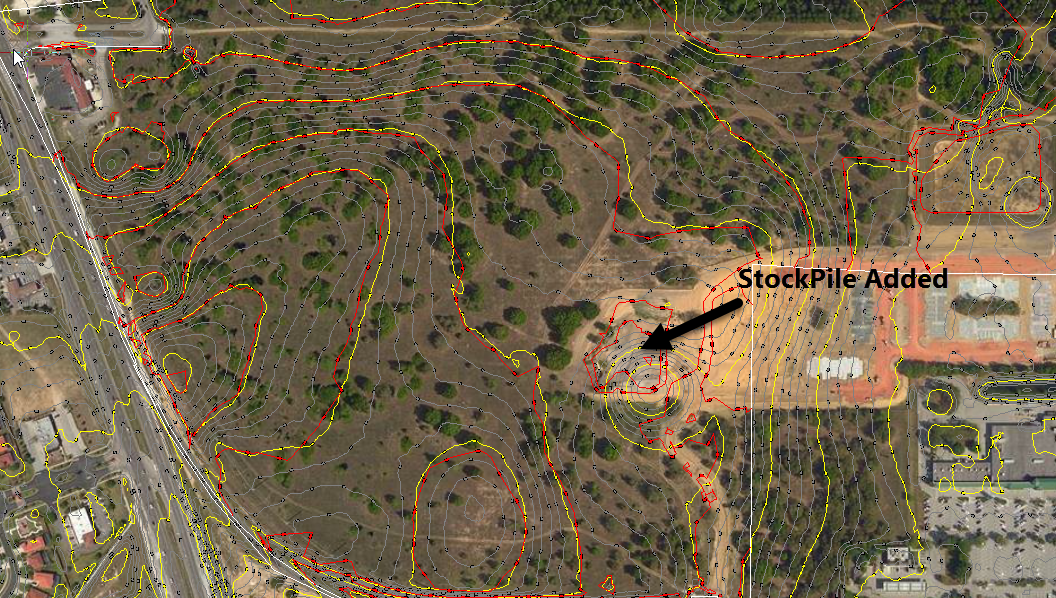 Although the satellite data would not be used in lieu of the survey data on the site itself, it was extremely useful in defining the basin to the north of the site for flood plain analysis.

Although this analysis is not scientific, it does indicate that Google Elevation data should be considered for cost effective conceptual design for subdivisions and to generate a basin surface that can be used for flood analysis with applications like HEC RAS 2.

Civil 3D Users – Maximize Your Productivity and Save Money

Most Civil/Survey Firms Are Not Well Served by Civil 3D

Value in Site Design Software = Productivity+ Ease of Use + Cost

Autodesk is No Longer Customer Focused